The Association's Board of Directors 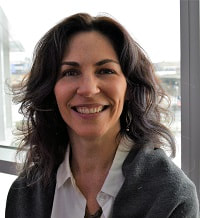 Shannon Keller O’Loughlin, Executive Director and Attorney, is a citizen of the Choctaw Nation of Oklahoma.  Shannon is a former Chief of Staff to the National Indian Gaming Commission, where she assisted in the development and implementation of national policy throughout the agency, and oversaw the agency’s public affairs, technology, compliance and finance divisions.  Shannon has also served Indian Country in the private sector​ as an attorney​, leading a large national firm’s Indian law practice group ​and ​bringing more than 18 years of Indian Country legal and policy work to strengthen, maintain and protect Indian nation sovereignty, self-determination and culture. Shannon was appointed by Secretary​ of the Department of the Interior, Sally Jewell to the Native American Graves Protection and Repatriation Act Review Committee in 2013, and was appointed by President Barack Obama to the Cultural Property Advisory Committee within the State Department in 2015. ​Shannon  received a B.A.​ in American Indian Studies​ from California State University, Long Beach and joint M.A. and J.D. degrees from the University of Arizona​ in Indigenous Peoples Law and Policy​.

Van Tran, Program Assistant, began her career working her way up in corporate America. She has a Bachelor’s degree in Business Accounting and a Master of Science in Psychology from the University of Phoenix. After eight years in the corporate field, Van decided that she wanted to concentrate on non-profit value driven efforts. Van has always been passionate about helping others and strives to make the world a better place in her personal life. At the Association, Van utilizes her knowledge and experience in business management to administer the Association’s scholarship and summer camp programs, public education, operations, office system strategies, donor management, and organization growth. Van plans on continuing her lifelong dream of working in the nonprofit field and helping protect Indian Nation sovereignty and culture.

​The Association's Council of Advisors

​The Council of Advisors is comprised of individuals who are interested in furthering the work of the Association. They hold a wealth of knowledge and various interests, and are prominent in their own fields. The Council’s primary initiatives consist of raising the profile of the the Association's work, assisting in planning our fundraising events, and supporting the Association to network with individuals who can assist programmatically and financially.