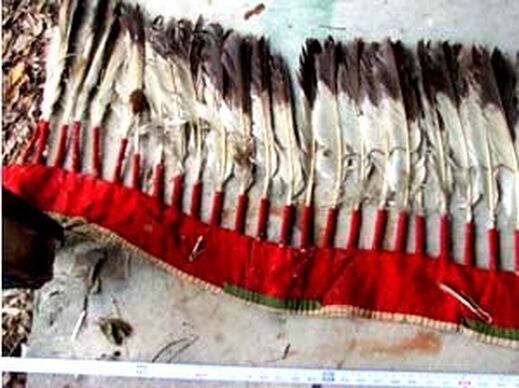 The Association on American Indian Affairs has built a national and international effort assisting Native Nations and communities in the United States with domestic and international repatriation. Repatriation is the return of Indigenous Ancestral remains, their burial belongings, and sacred and cultural objects back to their original Nations and communities. All of these types of tangible cultural heritage belong to Native Nations and are the national patrimony of those Nations. There is no individual or entity - other than the free, prior and informed consent from the Native Nation - that has the authority to remove these items from the Nation.

​The Association has been a national leader advocating for the repatriation of Native American cultural heritage since its founding.  The looting and trafficking of Native Ancestors and their burial belongings from their resting places, and the illicit trading and collecting of sacred objects and cultural heritage is an abuse of Indigenous human rights recognized by Articles 11 and 12 of the United Nations Declaration on the Rights of Indigenous Peoples.
Policy Development:
The Association contributes to the development of legislation and progressive policy, and has provided advocacy for the creation and passage of the National Museum of the American Indian Act, the Native American Graves Protection and Repatriation Act, the American Indian Religious Freedom Act, the Religious Freedom Restoration Act, PROTECT Patrimony Resolution, and the Safeguard Tribal Objects of Patrimony (STOP) Act.

Community:
The Association provides a centralized space for traditionalists, Tribal cultural preservation specialists and other experts to collaborate on best practices and create usable guides and templates for others in its Repatriation Working Group.

Conference:
The Association has a recognized and established annual conference on Repatriation.  ​